Bryan Reynolds is proving he belongs 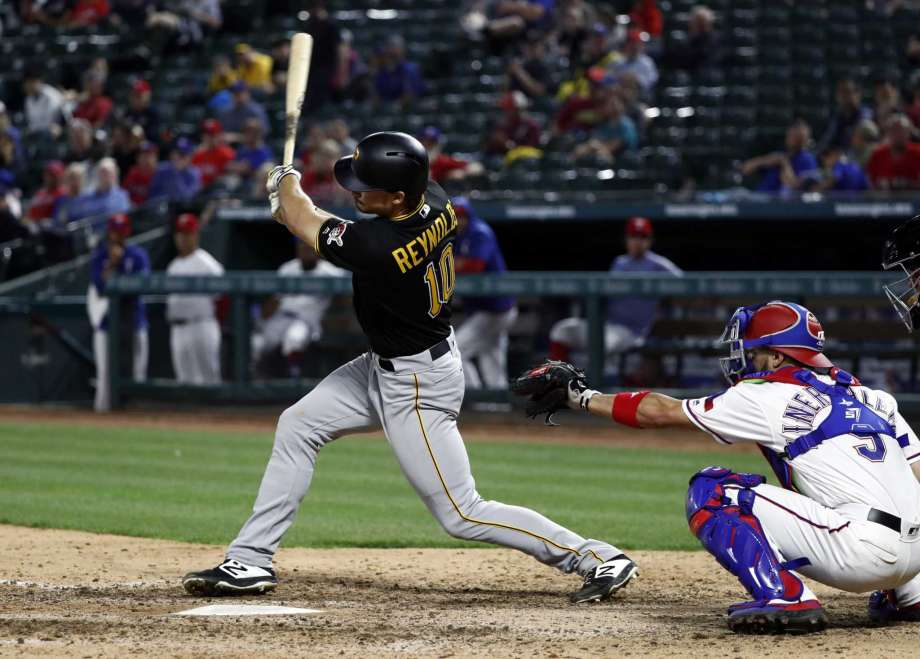 Mike Nicastro is the author of this piece.

The Pirates have endured one of the toughest weeks in recent memory, but that doesn’t mean there still can’t be bright spots along the way.

The shining star this past week for the Pirates has been outfielder Bryan Reynolds, who capped off an incredible eight-game stretch with his first big-league dinger – a 408-foot missile in the top of the tenth inning off of Rangers reliever Jesse Chavez. The blast would ultimately prove to be the difference in a 6-4 Pirates win, ending their eight-game slide. For an encore, Reynolds roped a three-run triple Wednesday to help the Pirates pick up a 7-5 win over the Texas Rangers, giving Pittsburgh a mini two-game winning streak.

Reynolds was called up on April 20, following the nasty Starling Marte-Erik Gonzalez collision which resulted in DL stunts for both, the latter much more extensive.

Just how good has Reynolds, one of two players along with Kyle Crick that made up the return for Andrew McCutchen, been? The team’s eighth-ranked prospect, according to MLB Pipeline, has hit safely in all nine games and has a .414/.433/.724 slash line.

Since 1900, only one Pirate has started his career with a longer hitting streak than Reynolds. He has provided a much-needed spark to an otherwise dull lineup, one that has been missing Starling Marte and Corey Dickerson for substantial chunks of the early campaign.

The question bears: can this continue?

Reynolds’ history with the bat answers that with an emphatic yes. He’s never hit below .302 in his entire minor league career, and he certainly appears to have a natural Adam Frazier-like confidence at the dish. He’s obviously not going to continue this torrid pace, but there are facts to support the idea that he can be a consistent .300 hitter in the show, much like the player he may ultimately replace down the line in Corey Dickerson.

If Dickerson, Marte and Polanco are all healthy, they will likely form the starting outfield the majority of games. Unfortunately, there hasn’t been much of a window where the three aforementioned outfielders are all healthy at the same time.

This leads me to believe that casual fans will get to know the name Bryan Reynolds faster than the ones who already knew about him might have anticipated. He’s arrived, and he’s assuredly already proven that he belongs.