MLB Players Due for a Trade 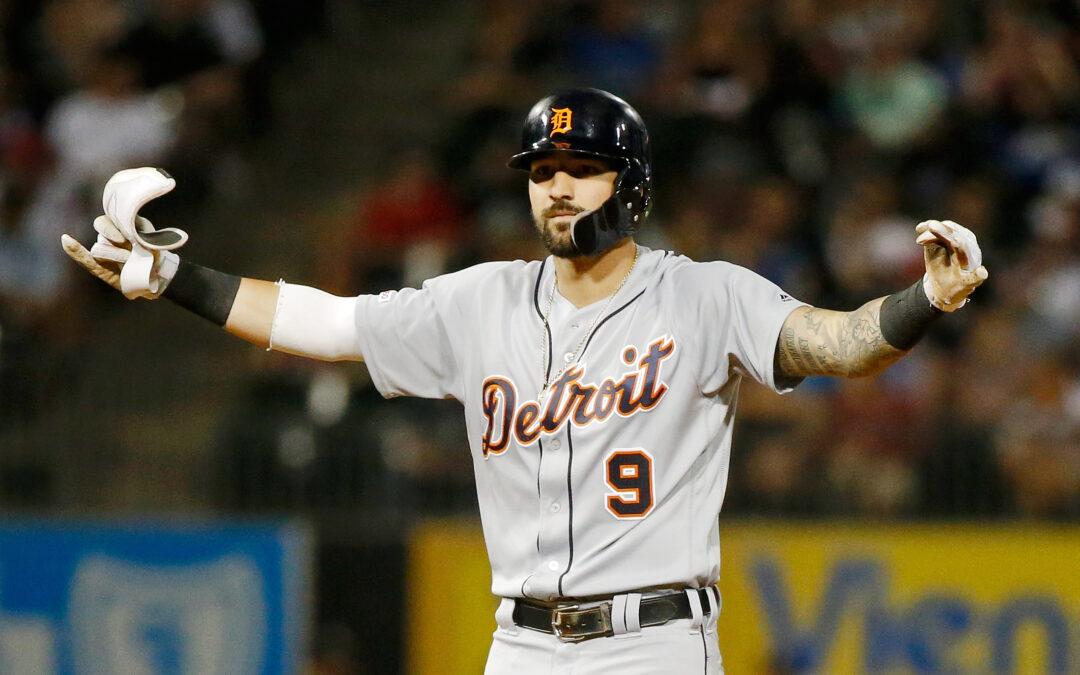 A few things are synonymous with the month of July for baseball fans. Obviously, a big draw (for some) is the Home Run Derby and All-Star Game, but what captivates just about everyone is the trade deadline. At this time of the season, trades can have a huge impact on how the rest of the year finishes out. If you’re interested in making a wager on Major League Baseball games, these top sportsbooks are just the place to make your bet, whether it’s for a single summer game or the World Series. You can also look to place your wagers on apps like PointsBet app review NJ, another excellent place to scratch that itch for adventure.

The 2019 MLB regular season is going to be a little different because the league has done away with the non-waiver and waiver trade deadline stuff — there’s just one date teams must make trades by now. This year, all the action must be completed by 4pm ET on July 31st.

Regardless of how many deals actually get done in the coming weeks, there will be countless more rumors flying around about certain players who may never get close to actually being traded. The following six MLB players range on this spectrum — some will be a popular trade target, and others, maybe not so much.

What they all have in common, though, is that based on whatever the situation is with their current team, they could use a change of scenery and a fresh start.

If it were up to Castellanos, he wouldn’t still be playing baseball for the Tigers right now, but that’s not how this MLB thing works, you guys. He and his agent asked, but they’re still waiting for a trade to happen.

The third baseman turned outfielder is in his final year of team control, and with a Detroit club that’s very much in the middle of a significant rebuild, he won’t be staying in the Motor City much longer -whether it’s sometime this year or next.

The only reason he’s still a Tiger is his defense. His glove work has been worth a total of -31 Defensive Runs Saved throughout his career. Castellanos has improved his right-field defense quite a bit compared to last year, though, even if it is still on the negative side (-19 in ’18, -4 in ’19).

On track for a third consecutive losing season, Castellanos could really use some new surroundings to give him a jolt and watch his offensive numbers creep toward last year’s levels.

The Orioles are another team in the middle of a significant rebuild. Pretty much anything is on the table to improve the organization from the ground up, but there are always a handful of young players seen as future building blocks.

Dylan Bundy could qualify as that — the former top prospect is still just 26 years old, is under team control through 2022, and will be arbitration-eligible for the first time this upcoming winter. He may not be a hot trade target for many squads, but there’s a good bit of value that can be had if some adjustments are made.

The one issue that’s still around from last year? Allowing an incredible number of home runs. After leading the league with a 2.15 mark per nine innings, he’s allowing 1.98 dingers per nine innings this year. If a team can figure out a solution for that and find a way to buy low on him, he’d be an interesting player to snag prior to the trade deadline.

In his first three seasons with the Padres, Myers racked up two 20-20 seasons. The first occurrence in 2016 was more productive from an overall standpoint — he slugged 28 homers and swiped 28 bags on his way to 3.5 fWAR.

When Myers signed his six-year, $83 million deal with San Diego, he was a franchise building block. But since then, he’s moved around the diamond while the team has also brought Eric Hosmer and Manny Machado aboard. And it’s worth noting that Myers’ two most healthy and productive seasons came when he was manning first base.

Under contract through 2022 with an average annual value of $14 million and some past track record of success, there could potentially be a market for him. Judging from how things have gone since he signed this deal with the Padres, Myers could really use a fresh start.

Hearing Duffy’s name in the trade rumor mill hasn’t been an uncommon occurrence over the last couple years. He’s been open about not wanting to get traded, but for a Royals team also in the midst of a rebuild, he’s one of their most attractive trade assets, all things considered.

Similar to Myers, the southpaw enjoyed a two-year run of above-average production from 2016-17 for Kansas City, yet has failed to reach those levels since. Despite an 18.9% strikeout rate that’s on pace to decrease for the third year in a row, Duffy’s been much more productive overall based on his 4.28 ERA through 75.1 innings.

But the thing is that he’s been inconsistent. The only five innings he threw in March/April yielded a 5.40 ERA. He followed that with a solid 3.86 ERA through 35 May innings before watching it balloon up to 4.97 through 29 innings last month. His first 6.2 frames of July have been good, at least (2.70 ERA).

The Royals need to be investigating all options available to help them raise the performance floor of their next contending club. Although they do have some exciting players in Adalberto Mondesi and Hunter Dozier, it’s hard seeing them ready to compete for an American League playoff spot prior to 2021, which is the final guaranteed season of Duffy’s five-year, $65 million extension.

He could use new surroundings and with his postseason experience, could very well be an asset for a contending team that has October aspirations.

Between 2014 and 2016, it looked as if Brandon Crawford was finally putting it all together. He had accumulated 48 total Defensive Runs Saved at shortstop over this time while finishing each year with a wRC+ above 100, along with consistently raising his fWAR output (2.7 to 4.3 to 5.2).

The unfortunate thing is that none of those trends have continued over the past two-plus seasons. His defense has been worth 15 total DRS (including 0 so far in ’19), his wRC+ has dropped below 100 each season, and his fWAR has consistently dropped (2.1 to 1.9 to -0.2).

The veteran infielder has especially struggled at home by the Bay, which has historically been one of baseball’s more pitcher-friendly parks. In his age-32 season, Crawford is under contract through 2021. A change of scenery would at least give him a chance at rejuvenating his career before it’s too late.

The Mets may officially be wondering whether they’ll be buyers or sellers at the trade deadline. But with a 40-50 record and a general manager that’s throwing chairs in post-game meetings, they should be sellers. While veterans will get moved if made available, Brodie Van Wagenen needs to use his most attractive trade asset in Wheeler to reinvigorate his squad.

Wheeler is set to become a free agent at the conclusion of this season, and based on what’s transpired thus far, it doesn’t seem like he’ll be sticking around in Flushing for the long haul. So why not trade him, right?

Although his 4.69 ERA is more than a run higher than last year’s 3.31 mark, Wheeler’s peripherals (3.98 SIERA, 25.6% strikeout rate, 6.7% walk rate) tell us he’s pitching better than some of his traditional numbers. He’s also far enough away from Tommy John surgery and the issues that followed for clubs to have any immediate injury concerns. Plus, it’s helpful that his average fastball velocity has increased again, as it’s currently sitting at 96.8 miles per hour.

It looks like Wheeler’s time with the Mets has run its course — even if he says he’d be open to coming back to Flushing (I mean, what else is he supposed to say in that scenario?) — and their overall lack of competitiveness makes this an easy trade scenario to imagine. It also wouldn’t be hard to imagine him getting on a roll with a squad that has a better team defense behind him.