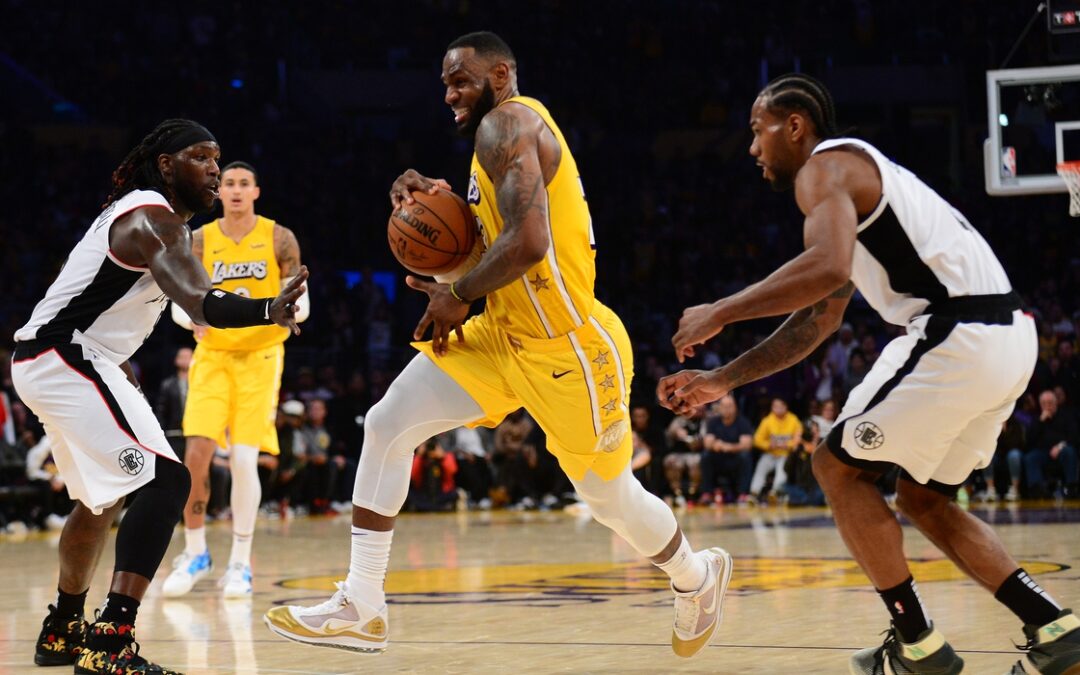 Rap mogul Snoop Dogg is a fan of a number of different sports teams, all across the country, and he passionately roots for all of them — expecting wins with each passing year.

Snoop has made it clear that near the top of his rooting interests are the Lakers and Steelers. It’s unclear why he roots for Pittsburgh, but Los Angeles makes sense, given that he was born and raised in Long Beach.

The Lakers lost to the Clippers on opening day in October, and Snoop remained quiet. But when the team blew a 12-point halftime lead on Christmas Day, with the Clippers coming back to win, that was simply too much to bear, a sentiment shared widely by those who’ve been taking advantage of the new legal gambling in Indiana, so Snoop took to social media to sound off about it.

We guess the Christmas spirit didn’t last long in the Dogg household.

Shutting Down the King

Patrick Beverley was LeBron James’ worst nightmare during the epic Christmas Day showdown between the Clippers and Lakers, which he made very clear to everyone who tuned in to watch the game.

Beverley was guarding LeBron James on the most pivotal possession of Wednesday’s game, in the waning seconds of the contest, with his team leading by three points. James pulled up from the perimeter, in hopes of tying the game, but Beverley got a piece of the shot. The ball ended up rolling off James’ hands, out of bounds, and the Clippers went on to win.

Beverley then rubbed some salt in the wound as well, walking over to the Clippers bench and mocking LeBron James’ signature gesture — but with a “block” twist.

He didn’t stop there, either. A heckling fan mentioned James Harden, and Bev said “I’ll lock his a– up, too!” in response.

Beverley never ceases to amaze, or entertain, that’s for sure.

All the stars were out for one of the biggest NBA games of the year — the Christmas Day showdown between the Clippers and Lakers — at Staples Center on Wednesday night.

Tickets were selling for as high as $15,000, for those who had the money sitting around to be able to watch the game with a courtside view. Apparently, Vegas Dave and former Fox Sports sideline reporter Holly Sonders did, as the new couple was spotted in the first row. Sonders stole the show, wearing an outfit that left little to be desired, which you can check out here.

Comedian Kevin Hart was in the house for the big game as well, and at one point, even became a part of the action. Hart was sitting minding his own business, when Anthony Davis crashed into him throwing the ball toward the basket while fading away. It was a funny moment, as even LeBron James got in on the action afterward as well, joining his teammate.

Quite the cast of characters for sure.

Rockets superstar James Harden is one of the best NBA players to ever suit up and play on Christmas Day, and this year, he’s averaged 38.6 points heading into Wednesday’s showdown with the Warriors at Chase Center — the most of anyone in NBA history up to this point.

And we all know that clothes make the man, and it’s important to dress the part. Harden has a keen fashion sense, and he’s well aware of that.

He rolled into Chase Center rocking a salmon-colored suit, with shorts instead of pants, for Christmas. It was quite the look, and you’ll want to check it out below.

Festive look by the bearded star right there.